Getting started with Dockerizing your Node.js Application 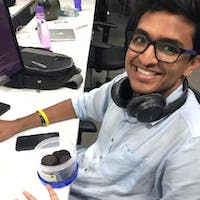 There has been a conscious move within SaaS companies towards microservice architectures. To facilitate that, we generally use Docker setups. Well, let us not skip steps and see why people recommend this.

To better understand containerization and Docker, let’ use the example of the actual thing it is modeled after, Shipping Containers.

Why use Shipping Containers?

How does this work in Software Containerization?

Software Containerization works similarly as above. I’ll get into a little more detail later but we are able to achieve all the key features above in the following manner:

How Does Containerization Work?

To explain this simply, I will use the shipping container example again. Each container we have has a manifest file which basically specifies the contents of the container, how to load and unload it etc. The *container gets loaded based on the instructions of the manifest file and then the **dock workers *load/unload them based on instructions.

In the same way, we use two tools to do the above process with our code: Docker and Kubernetes. Docker is one of the most popular, open-source container technologies that allows you to build, run, test, and deploy distributed applications.

Great now you know a bit of the basic theory behind Docker and Containerization, let's dive into some code

Set up A Node.js Project

We will first need to setup Docker. Use one of the links below.

Once you have logged into your account and have Docker Hub Setup we can progress to dockerizing our Node.js Application.

We will need to make a new file called Dockerfile to help us set up our image and container. Below is the full Dockerfile which we will use. I will explain what every single line does.

We have now come to the stage of building the docker image. To do so we just type:

This basically executes the docker build process with all the steps in the Dockerfile and can be seen on the terminal as shown. 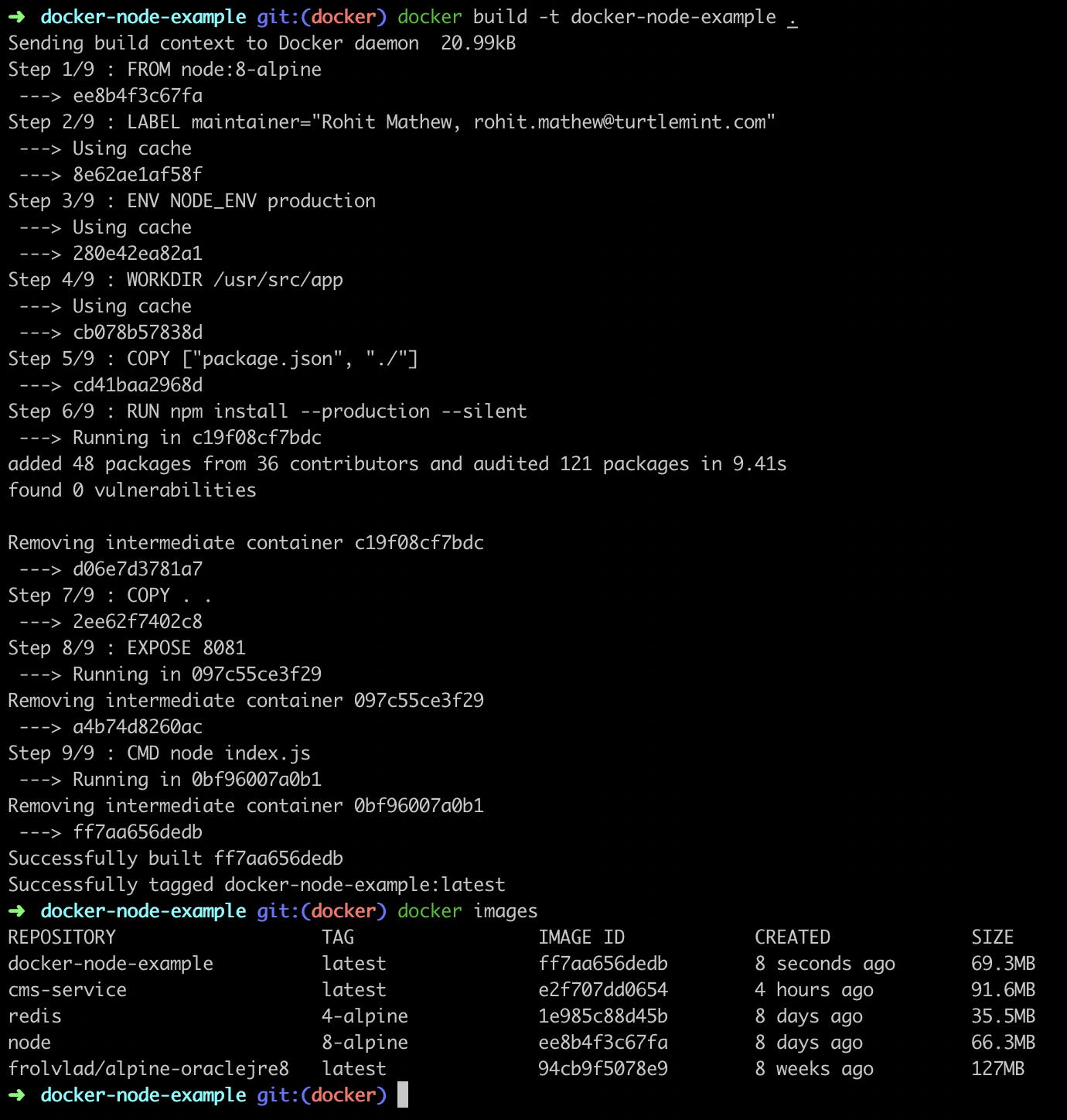 and the resulting set of images can be seen as above

The -t flag basically tags the image or gives the image a standard name by which we can reference it.

Now we need to run the docker image. To do that use the below command

One of the important arguments here is -p. This basically is Port Mounting. So when we made the Docker Image we exposed the port 8081 within the container, but that port will not be accessible outside the container. You can run the above command without the -p flag and check. On trying to access http://localhost:8081/ you will not get a response. This flag basically allows you to expose the 8081 port inside the container outside.

Now the container is up and running and we can test the service. Go to http://localhost:8081/ and you will see Hello World!

If you want to see the containers which are currently running just type:

Congrats, you have now Dockerized your Node.js application!

If you guys are a little confused, then check out the following branch in the same repository. I have added the whole Dockerized application.

I have also added a Makefile to make it easier to run the Docker commands.

There is a lot of things you can look into now such as:

There are a lot of ways that you can use containers in your development, testing, and deployment processes. The strategy you choose will have to be determined by your current infrastructure, talent, and goals.

I really hope that you find this article useful. I invite you to participate in the discussion in the comments below, I’m always interested to know your thoughts and happy to answer any questions you might have in your mind.

P.S Do feel free to connect with me on LinkedIn